Three engine releases are planned in 2009:

There are no official dates yet. The first two are reasonably close while the third will be in the summer or fall. Other ports (ie. Symbian, or other Pocket PC protocols) are still possible, but nothing concrete is planned yet.

Jeroen has one very innovative product in the pipeline. Things are moving extremely fast right now in this area as we continue to make the shift to general chess study tools. Details will be available shortly.

We're going to shift our focus a bit. Our tournament goal for 2009 is to win a top freestyle event in 100% automated mode. This involves:

* Continuing work on our cluster, a vital research topic for the near future. The general plan is to augment Lukas' core hardware with external machines.
* Putting on a great show, with an unprecedented level of chess.
* Showing off unreleased Rybka features and contrasting those with the public Rybka features which are available to our opponents.
* Tapping into the natural interest in man vs machine, which here is man + machine vs machine.

Currently, our sights are set on the InfinityChess 'Grand Prix 2009' tournaments - we'll play openly and transparently there. We would also be interested in other freestyle tournaments and would highly welcome an innovative organizer who can take advantage of this opportunity. For example, I would love to see a round-robin freestyle tournament consisting of past winners of freestyle tournaments, top correspondence players, top over-the-board players (all playing in centaur mode of course), along with our cluster in automated mode. This would be a fantastic show, and would help settle (or maybe reignite) some long-standing debates as well. 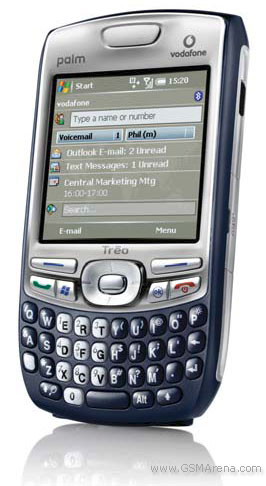 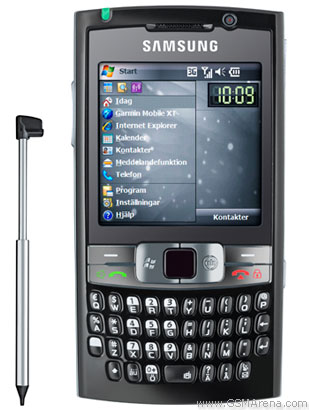 i was a bit worried that you and your team were asleep at the wheel!

Date 2009-01-02 11:39
For now, just the PAL/InfinityChess Grand Prix tournaments. Hopefully, there will eventually be more.

I saw the topic early this morning and expected there to be literally hundreds of replies and further questions by the evening.   I guess everyone is still partying from the New Year!

On the website it is said:
"... the Freestyle tournaments are not open for stand-alone engines, but only for centaurs. It would inevitably distort competition, ... "

I hope they make an exception in the case of Rybka, perhaps they could let Rybka play against every opponent, so that there is no distortion of competition.

Date 2009-01-02 11:42
If we can't play in automated mode, we'll use an operator and document that everything is really automated, via log files or video cam.

Re. date, IIRC the first one is February 13. It wouldn't surprise me if this date slid a bit.

Vas i have a few questions if U would be so kind to answer  because i don't understand some of your logic.

Why continue to beaver away on rybka cluster when it is now obvious the engine chess playing communities are trying to prevent u from using this system.

U state the cluster version will be a vital research topic for the near future for for who u or the general public do u plan on a release of rybka cluster in 2009.

Why invest time and money to use such a system to win Pal events that are to be fair played by a hardcore group of people and offer little prize money and glory.

Is the rybka cluster version to be kept in house because i don't believe u have stated anything on the matter maybe iam wrong here.

Man vs machine is dead not since the Adams Hydra whitewash will the top players go near such a event none of the top 10 players will go near playing rybka cluster even if u could find the money to do so they are to scared and a handicap event offers them little.

Maybe they would play a man + machine vs machine event but i cannot see it myself.

A few questions nobody has asked Vas maybe U could enlighten us.

Date 2009-01-02 11:45
I'm pretty sure that when we play with the next generation of our cluster, people will be interested in seeing it. If they're not, tough luck for them. :P The PAL/InfinityChess tournaments are already pretty decent, and maybe there will be some new tournaments. Just wait and see. :)

Re. releasing the cluster, I haven't decided yet. It will probably need a bit of GUI support, and some cosmetic work.

Date 2009-01-03 13:12
Glad to see the WCC2009 decision hasn't altered the cluster plans. The trouble is, the forces at work that were behind that move, will probably try to make it happen for other major tournaments as well

I hope this new year is as fruitful as the past years.

Date 2009-01-04 16:16 Edited 2009-01-04 16:19
Unless you are on an academic stipend to research the use of clustering to work on problems I am still puzzled at the perceived importance. Personally I can't see much benefit other than continuing to win computer tournaments  (which is a little misleading having the cluster *also* called Rybka) or there than many people wishing to make use of a cluster at home to make it commercially viable ('a cluster in every GM home' - now that there are many more than in the past)

Do you foresee the company being less technologically led any time soon?

Date 2009-01-04 19:58
I actually think that the experience gained from cluster programming is very important. Why?
Just look at the new Nvidia cards. These are massively parallel cores BUT they are asynchronus , just like in grid (cluster) programming , although in the former case you have a shared memory.

I may be wrong, so anyone with a better knowledge of the field can correct me.

Date 2009-01-04 20:26
You are right - basically. In fact Intel announced graphics chips that do use x86 instructions. In the near future each chip will have 16 cores, but Intel plans to put 80 cores on one chip later. So if you put 3 graphics adapters into a normal X58 mainboard you'll get more than 240 cores in a really affordable computer. It is a challenge to make use of all that power in an effective way.

Date 2009-01-04 22:30 Edited 2009-01-04 22:35
That was months ago. It's been asked several times since then so I don't have to link to it anymore. I can't hold on to that conclusion forever without additional research, and over five months is pretty close to forever in computing. And they were talking about the future!

Not to mention I think Lukas has me on his ignore list. No point in replying to his posts.

Date 2009-01-05 08:54
All of these various forms of multi-processing are different but related (and they are all really important).

Five years from now, 8 chips in one computer, each with 8 cores may be common.

They have to come up with some way to continue to deliver exponential increase.
It seems the simplest way to me.

I think Vas is looking at what will happen down the road so that when we turn the corner he is already there.

Date 2009-01-17 08:03
For the last few years, multi-core and multi-computer setups have been hampered by lack of software. Once this whole thing reaches a critical mass, it's going to really take off.

Date 2009-01-23 04:12
And just a couple of weeks ago or so it was announced that superconducting transistors have been developed (they need to be kept very cold though!) that are millions of times faster than transistors made with existing technology... which will probably be the next major way of achieving an increase in computing speed - but of course you will need a lot of energy (and cost) to cool those transistors down!

> I'm pretty sure that when we play with the next generation of our cluster, people will be interested in seeing it.

This is very correct, if users will get a chance to build their own clusters is near future.

Otherwise you will get only that interest, which would get Cray or IBM, if they are running a chess software on a machine which will never be available for normal customers. (even so: interesting, but only at the edge)

Date 2009-01-02 17:52
Why continue to beaver away on rybka cluster when it is now obvious the engine chess playing communities are trying to prevent u from using this system.

ICGA only prevent Vas from using cluster Rybka in wccc 2009. This isn´t Vas problem. ICGA isn´t the company which can determine, how Vas has to develop his engine.
I´m very pleased to see, Vas makes his own decisions further on.

Date 2009-01-03 18:17
Pocket Fritz 3 also uses this protocol, you'll be able to install Rybka there. Hopefully, this protocol will spread and there won't be a need to support other protocols. I'll decide about that later.

Date 2009-01-03 09:50
Happy new year to you and the entire Rybka team! A very exciting 2009 agenda; Rybka3+ great news, chess tournaments exciting, Jeroen coming up with a revolutionary new book, very interested to see what the new analysis features are. Seems we will be on our way to solving chess within the next 5 years :(

Engine:
How strong is rybka 4 beta now? How is Larry's work and your own work, how much elo is it stronger than rybka 3? When will be the cluster version be released, is part of rybka 4 series?

OpeningBooks:
No matter how many years Jeroen spent on developing the book, it will be killed within weeks in engine room so no comment. :-)

Tournaments:
You realize your gonna need at least a 200-300+ elo stronger engine than a meager Rybka 3 on octa in order to win freestyles in automated mode right? And even +300 elo engine than rybka 3 on octa won't 100% guarantee you a win, how do you plan to do this?

Date 2009-01-03 17:22
quote:"OpeningBooks:
No matter how many years Jeroen spent on developing the book, it will be killed within weeks in engine room so no comment."

Maybe what we need is a book that is simply updated every day when customers of the book get the update by email every day.

In this case it may be possible to keep the best book.
Note that I do not care about the engine room but about correspondence games but it seems that perfect15.ctg or storm2_1.ctg are also good for long time control analysis because they perform well not only in blitz and even can help naum to beat rybka
see
http://talkchess.com/forum/viewtopic.php?t=25552

quote:"Tournaments:
You realize your gonna need at least a 200-300+ elo stronger engine than a meager Rybka 3 on octa in order to win freestyles in automated mode right? And even +300 elo engine than rybka 3 on octa won't 100% guarantee you a win, how do you plan to do this?"

I think that you overestimate the opponents and they are at most 100 elo better than rybka3 on an octal.