Topic The Rybka Lounge / Computer Chess / Interview with A. Silver

That guy is awesome in the video. . . 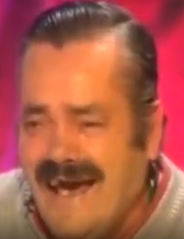 Lots of heated "debate" by some posters.

No wonder I stay in the background much of the time. . .

Thanks, Carl. I will have a look for the video you mentioned.

Date 2021-02-19 10:18
The thread there was locked  because of some anti-Semitic statements!
The video here has nothing to do with antisemitism

Topic The Rybka Lounge / Computer Chess / Interview with A. Silver