Date 2020-08-26 11:21
Aquarium has a nice function to change the analysis depth by a fixed offset. I think it was introduced back in the day when Stockfish tended to show a higher number than Houdini and Komodo after calculating for about the same time. Now when trying to work with lc0 in Aquarium I might resurrect this function. 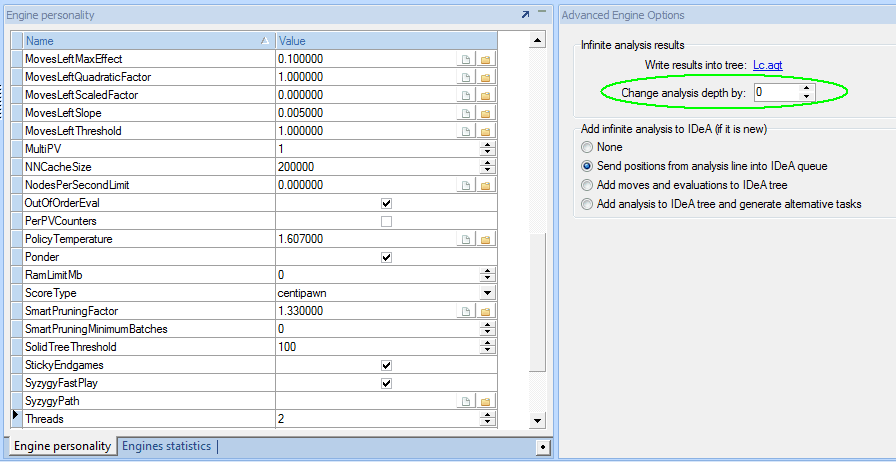 Start at +11 and decrease it or increase it to make it match Stockfish's time, more or less. The correlation will not be linear as Lc0 reaches depth much faster if you've allowed it to reach higher depth (and for this reason I wouldn't recommend fixed depth for Lc0 under IDeA, in some positions it's going to reach depth very fast, and it'd have been very cheap to analyze them deeper, so average time per position/maximum time and letting iteration end would work better.)

This option is only for show tree from engine's eval or engine can use it similar to hash ?